THE WIZARD OF OZ The Musical

Literary adaptation of the story by L. Frank Baum 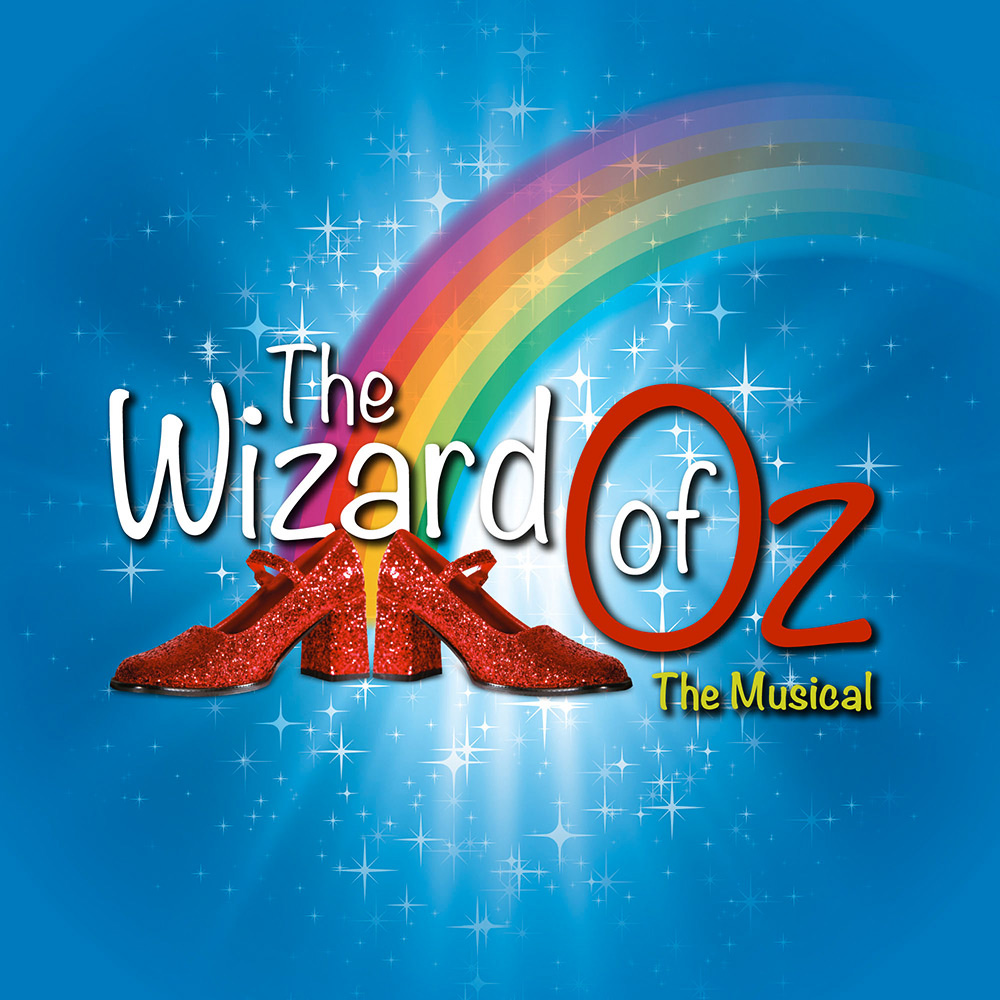 Lyman Frank Baum was born in Chittenango, the State of New York, in 1856, into a family of German origin. From early childhood he showed creativity and uncontrolled imagination, skills that he never stopped using, cultivating different interests and doing many different jobs. In 1899, he started a collaboration with the illustrator William Wallace Denslow with Father Goose: His Book, a collection of nursery rhymes and nonsense for children. In 1900, the two published The Wonderful Wizard Of Oz that had great success and became a best seller over the next two years. For the rest of his life he continued writing stories set in the world of Oz (fourteen until his death, plus three published posthumously) while also publishing, under a pseudonym, other works to create a prolific literary production. He died in Glandale, California, in 1919.

During a cyclone little Dorothy and her dog Toto are swept away to an unknown village (the Blue Land of the Munchkins), where there is an ongoing a war between  four witches (two of them good, the ones of the North and the South, and two of them evil, the ones of the East and the West). As a result of an unfortunate accidental the wicked witch of the East dies. Dorothy acquires her red shoes and becomes a friend of the good witch of the North, who suggests that she speaks with the powerful Wizard of Oz in order to help her return home. Together, Dorothy and Toto follow the yellow brick road that leads to the Emerald City, where the Wizard lives. Along the road they meet the Scarecrow, the Tin man and the Cowardly Lion, who join them on their journey. Each one of them sees the only chance to realise their dreams is with the help of the Wizard. Many challenges and dangerous adventures lie in wait for Dorothy and her strange company, along the road. Finally, after meeting the Wizard, they all realise that the key to fulfill their dreams has always been in their own hands…

A journey, a mixture of dream and reality: the young director Edward Johnson (Peter Pan) accepts the challenge of transmitting to the audience the main themes of the story by L. Frank Baum in an easy way, yet captivating at the same time. To this purpose, a multi-functional set has been designed, composed of a circular structure, that spins around  to introduce each time a different surrounding. The musical starts and ends in the meadow next to the house of Dorothy’s uncle: a sober and realistic space, in contrast with the magical world where there takes place the central scenes and in which prevail a reminding animated cartoons style design. The characters have all the characteristics with whom they are universally associated with, and wear vivid costumes, well-finished in every detail, underlining their originality and making them unique. From the beginning to the end of the show, unreleased musical compositions alternate with well known songs: the mother tongue performers sing them live, performing also the choreographies aimed at entertaining the young audience and underlining the development of the story. The comprehension of the story is guaranteed also by the didactic choice of adopting clear and expressive acting, in the exclusive style of PALKETTOSTAGE. 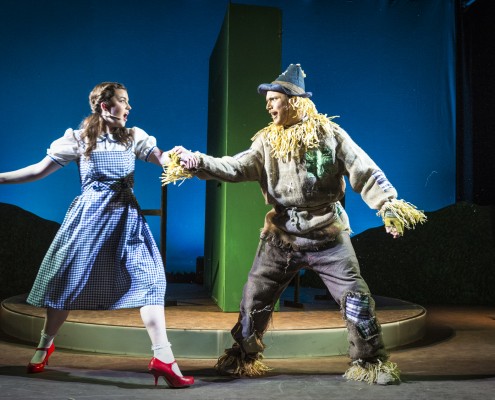 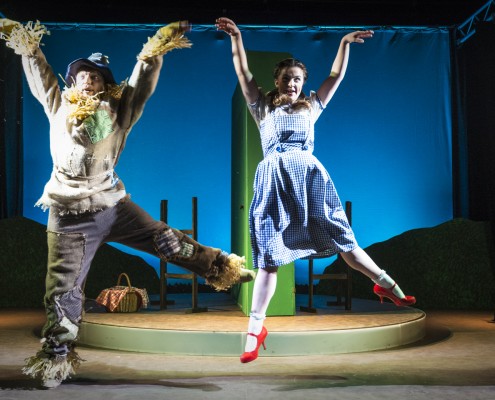 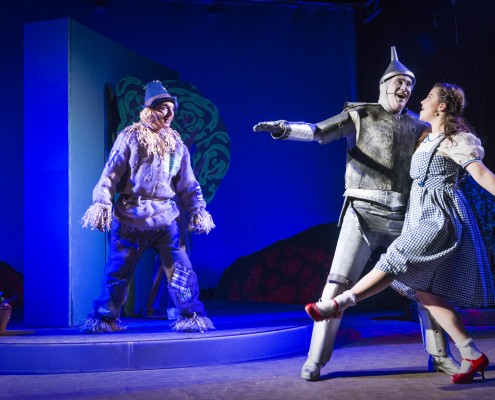 FLASHDANCE The Musical
Scroll to top
We use cookies on our website to give you the most relevant experience by remembering your preferences and repeat visits. By clicking “Accept All”, you consent to the use of ALL the cookies. However, you may visit "Cookie Settings" to provide a controlled consent.
Cookie SettingsAccept All
Manage consent