THE PICTURE OF DORIAN GRAY

Literary adaptation of the novel in original language by Oscar Wilde 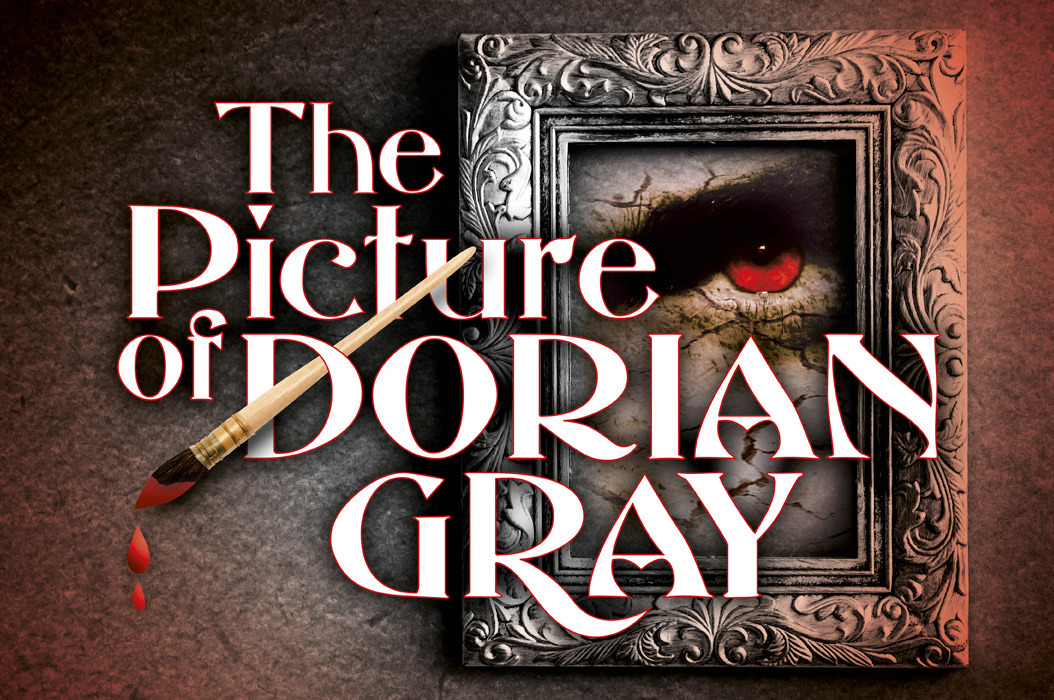 Oscar Wilde, an arbiter elegantiae in London at the end of 19th century, was born in Dublin in 1854. After studying (human sciences) at Trinity College in Dublin, from 1871 to 1874, and then at Magdalen College in Oxford, he then moved to London, where he lead an intense worldly and literary life. In 1884, he got married to the rich Constance Lloyd, but continuing, to live beyond his means, pursued by creditors despite the success of his activity as a playwright: in four years he wrote four pieces that made him the most popular theatre playwright of the time. His refined and eccentric style and his lapidary aphorisms guaranteed him the favour of the upper classes, until the scandals linked to his homosexual affairs caused him to fall into disgrace. His tormented passion for the young aristocrat Alfred Douglas resulted in him being sentenced to prison, with two years of hard labour.

The ignominy of imprisonment destroyed Oscar Wilde’s career and damaged his health. Released from prison in 1897, he went into exile and lived in Italy and in France, where he wrote the heartbreaking Ballad of Reading Gaol (“Yet each man kills the thing he loves, / by each let this be heard./(…)/ The coward does it with a kiss / the brave man with a sword!”) He died in 1900, in Paris, in extreme poverty.

At the beginning of the novel we meet Dorian Gray, a young man of extraordinary beauty and still inexperienced of the world: the painter Basil Hallward is painting his portrait and it is in his study that Dorian meets Lord Henry Wotton, a dandy and aesthete, who introduces him to the principles of hedonism and cynicism. Not convinced that the only things to value are beauty, and youth and the only possible way to achieve satisfaction is through the senses, Dorian Gray expresses recklessly the mad wish to escape physical decay and to see the splendid portrait becoming older instead of himself. So underlining, in this way, a new pact with the devil that will cost him his soul, as per tradition. Free from any moral restraint, and conscious that only the portrait will carry the burden of time-passing and bad habits, Dorian abandons himself to a light and dissolute life that will bring him to reject love and breach hope, leading to the suicide of the innocent Sybil, and to go down the path of abjection until committing murder. More and more obsessed with his devilish double and tormented with guilt, Dorian Gray will find possible liberation only in the tragic ending.

This new production of The Picture of Dorian Gray is characterised by a modern and elegant style. The director, John O’Connor (Pride and Prejudice, The Importance of Being Earnest, Waiting for Godot, Pygmalion) chooses to set the play in the present in order to increase the topicality and universality of Oscar Wilde message. The set mirrors this choice: each space is made different from the others by specific props and by nimble panels that are placed each time in a different way and that reveal, when necessary, a symbolic and evocative 3-dimensional “room” where multiple images are projected. All this involve the young audience and makes them feel “surrounded” by the story. This feeling is enhanced by light and sound effects, sensibly created with state-of-the-art instruments that underline the atmosphere of each scene and that makes the main points of the plot even clearer. The audience’s attention is kept high from the beginning to the end, thanks to the music that accompanies the performance for its whole length. The music genre, thriller/gothic, fits particularly well into this production, and the soundtrack is inspired by it. Costumes are contemporary and well refined: precise in every detail, they define the characters while, at the same time, letting their personality shine through. 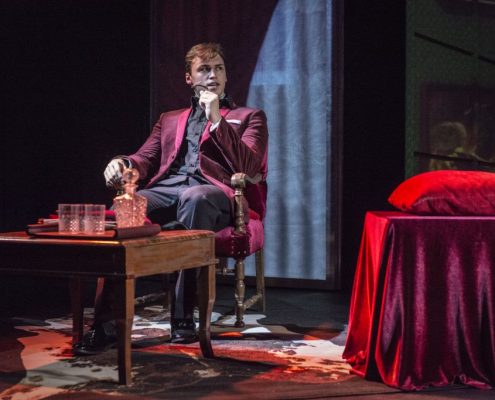 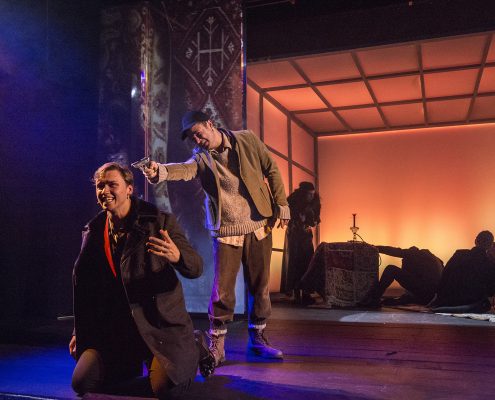 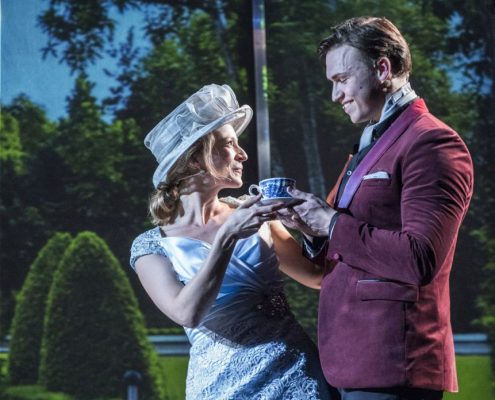 A MIDSUMMER NIGHT’S DREAM
Scroll to top
We use cookies on our website to give you the most relevant experience by remembering your preferences and repeat visits. By clicking “Accept All”, you consent to the use of ALL the cookies. However, you may visit "Cookie Settings" to provide a controlled consent.
Cookie SettingsAccept All
Manage consent