Tour interrupted due to Covid-19 emergency on 21st february 2020 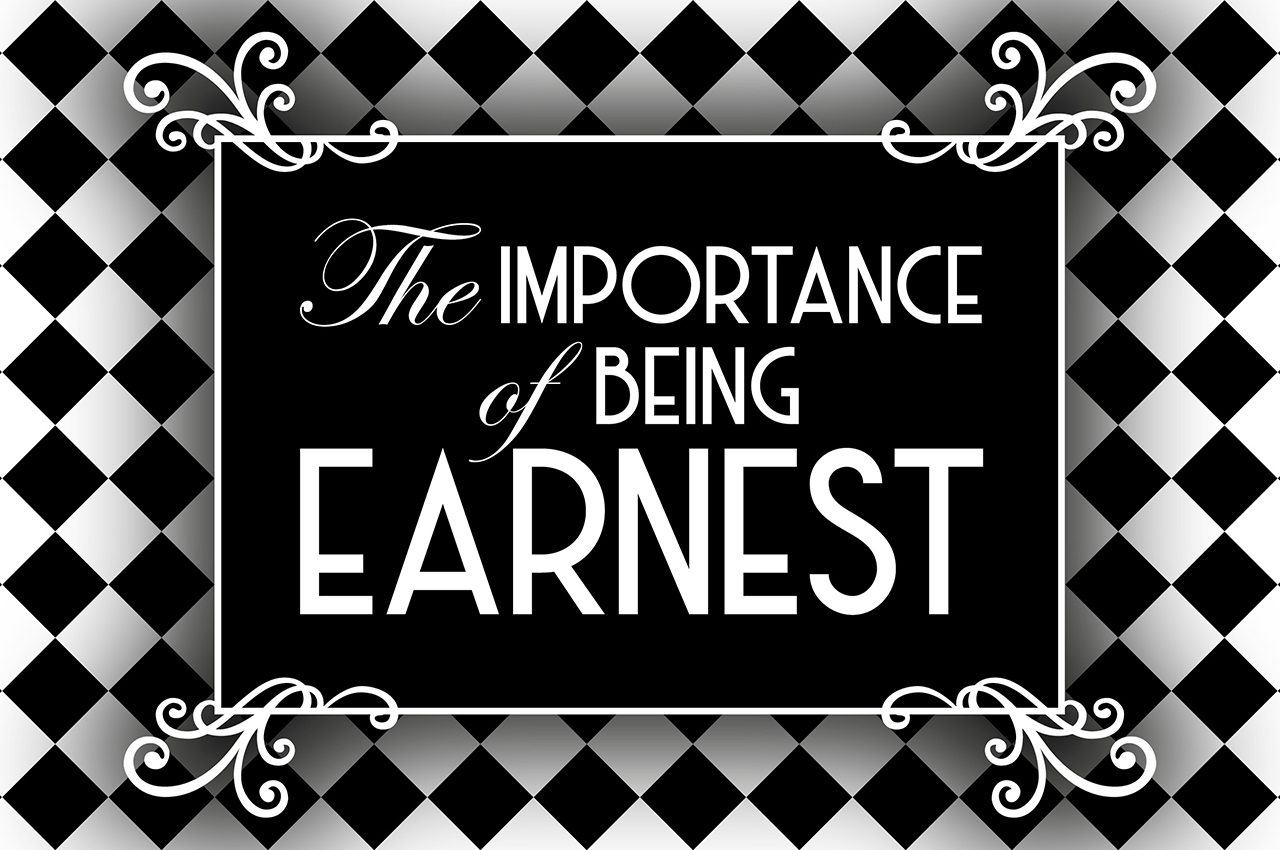 literary adaptation from the novel by Oscar Wilde

“I have nothing to declare but my genius“: the unscrupulous existence of the author of this sentence began in Dublin on 16 October 1854. From 1871 to 1874 Oscar Wilde was a brilliant student of Trinity College, and then of Magdalen College in Oxford, where he began to cultivate his own fine sense of aesthetics and to waste his father’s money on furnishing his own room … In 1878 he moved to the capital, which he conquered with his writing skills, with his sharp aphorisms, with his witty spirit and with his extravagant and refined lifestyle. In 1884 he married the wealthy Constance Lloyd, without achieving economic stability: he lived continually above his means, persecuted by creditors. After a few years of marriage, Wilde began to openly express his homosexuality, at a time when it was unofficially tolerated but legally prosecuted. In 1890 The Picture of Dorian Gray was released, which despite some fierce criticism (the Daily Chronicle for example called it “pregnant with mephitic odours of moral and spiritual putrefaction“) consecrated it as a cult author. Between 1892 and 1895 Wilde wrote the four pièces (Lady Windermere’s Fan, Salome, An ideal Husband, THE IMPORTANCE OF BEING EARNEST) which gave him success on the stage. But 1892 was also the year in which the meeting with the young aristocrat Alfred Douglas started the social ruin of the writer: the tormented relationship between the two, accompanied by blackmail and recurrent scandals, led Wilde to be sentenced to two years of forced works. His plays were cancelled from the billboards and he was banished from good society. In 1898 he took the road of exile and lived in great poverty in Italy and Paris, where he died in 1900. Only seven people attended the funeral of the one who had been arbiter elegantiae of London of the late nineteenth century.

The young aristocrats Algernon Moncrieff and Ernest Worthing are two friends who have more in common than they believe: both of them usually lead a double life to enjoy the pleasures of the beautiful world without undermining their respectability. In short, the viewer learns that Ernest Worthing is actually called Jack and has invented a younger brother named Ernest who impersonates when he goes to play in London, while he usually resides in the country where he is the irrepressible guardian of the young heiress Cecily Cardew . Algernon is no less so, because he has invented a dying friend, Mr. Bunbury, who uses as an excuse to leave the city at will and devote himself to libertine raids in the countryside. The problems begin when both friends fall in love with two young women(respectively Miss Gwendolen Fairfax, cousin of Algernon and Cecily, Jack’s pupil), both convinced that they can only love a man with the symbolic name of Ernest. The plot is complicated by the discovery that Jack does not know the identity of his parents and the firm opposition of Gwendolen’s mother to her marriage with a foundling. The priceless aphorisms that dot the comedy and the perfect management of comic times make it a masterpiece of Victorian theatre, as well as a fierce satire on the moral duplicity of his society.

To stage Oscar Wilde’s THE IMPORTANCE OF BEING EARNEST, we thought of starting from his comedy soul: it is, in fact, one of the most traditional and well-written examples of English comedy, made of refined language games, paradoxical situations , characters at the boundary between the realistic and the exasperated, but never above the lines. We have chosen the world of the silent films of the 30s to set this work: the recitation of those years with immense actors like Buster Keaton, the Marx Brothers or Harold Lloyd, the two-dimensional scenographic elements, as if they were cinematographic sets, black and white, are all elements that are well linked to Wilde’s dramaturgy, which amplify and enhance the comic elements. So in a set consisting of concentric frames that recall the frames of the silent film captions, there are two-dimensional sets, black and white elements, refined 30s costumes and a real piano. The pastel-coloured costumes, which recall the style of the era, stand out well in the white / black setting, creating a refined chromatic game. All these elements move on stage based on an important musical score performed live: music that emphasizes, amplifies and creates the right atmosphere for each scene, also facilitating the understanding of the young audience. 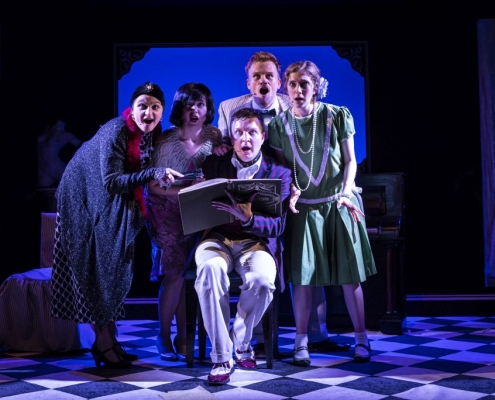 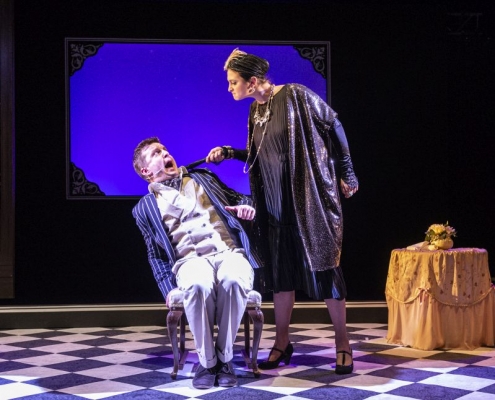 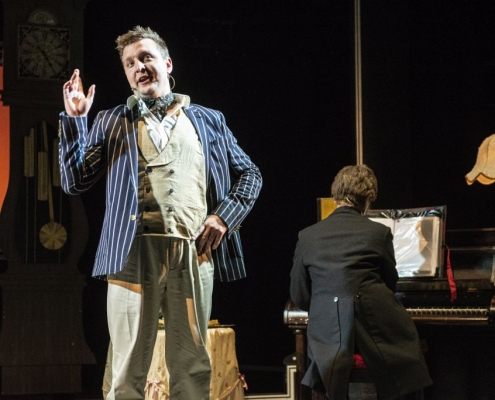