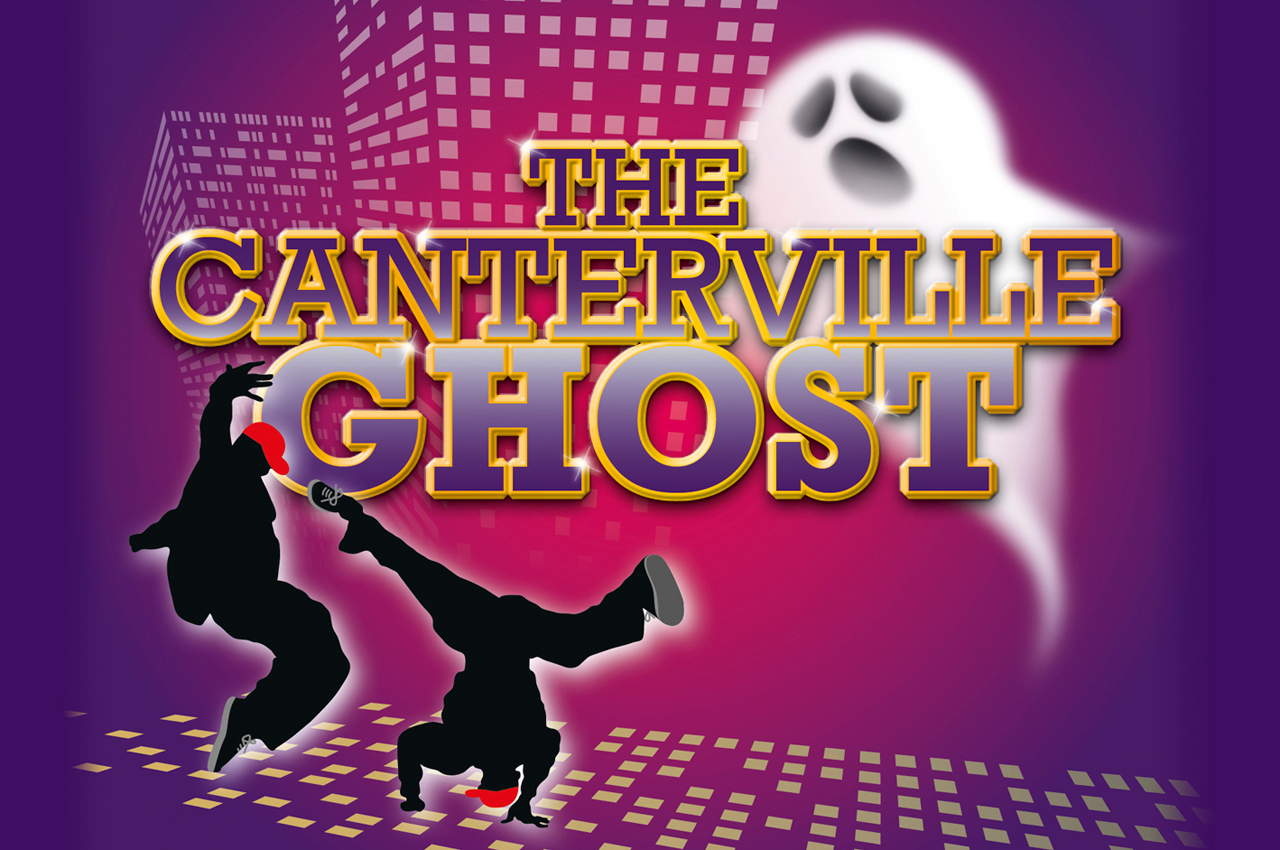 literary adaptation of the opera in original language by Oscar Wilde

Among the many phrases in the work of Oscar Wilde that made him famous there is one that may summarize best the vision on which he built his whole life: “Moderation is a fatal thing. Nothing succeeds like excess “. This belief brought the Irish boy, born in Dublin in 1854, to assault the capital and to conquer it not only with his brilliant talent as a writer but with his refined lifestyle, with his sharp irony and his unbridled taste for excesses. In fact, Wilde lived beyond all limits and was always above his possibilities (even though in 1884 he married the wealthy Constance Lloyd). He was a dandy, poet, playwright, lecturer, arbiter elegantiae of the best society. Within four years he wrote four plays (Lady Windermere’s Fan, Salome, An ideal Husband, The importance of being Earnest) that made him the most fashionable theatrical author of his time. The London society worshiped him but a moment later turned his back completely on him because of the repeated scandals due to his homosexual relationships. The overwhelming passion for the young aristocrat Alfred Douglas brought him to prison and social ruin. Sentenced in 1895 to two years of forced labour, his comedies were banned from the stages, the friends repudiated him, his wife asked for divorce. When he went out of prison in 1897 he chose exile in Italy and France, where he died poor in 1900. Shortly before he died he declared: “Now that I know the meaning of life, I have nothing more to write. Life cannot be written: life can only be lived “.

An American family, the Otis, bought an old English castle and moved there. But the castle is haunted by the ghost of Sir Simon, a nobleman of the fifteenth century condemned for his crimes not to have peace until a young woman with a pure soul will shed a tear for him. Instead of being afraid, the Otis declare war on the ghost who becomes the victim of their jokes and their pragmatism. The castle gradually loses its lugubrious appearance to assume the harmless and coloured one of an American house. Only fifteen-year-old Virginia seems to be interested in the mystery surrounding the ghost. One evening she tries to talk to him, starting a relationship of compassion that will lead to the liberation of the unhappy spirit.

Everything seems normal when the Otis family decides to move to London on business. This is how begins The Canterville Ghost, based on the famous story by Oscar Wilde and directed by Paul Leno (The Wizard of Oz, Alice in Wonderland, Robin Hood) ready to throw the characters and the audience in an unusual and hilarious story. The live songs will accompany the whole performance with more and more pressing rhythm that reaches its peak with the appearance of a strange presence inside the castle that hosts the Otis family: it’s the Ghost of Canterville! Spiteful, but sometimes pathetic and fun, this wandering soul moves from scene to scene, through choreography and modern acrobatics, to the notes of contemporary R & B music. The aesthetic elements of the representation let us rediscover the traditional aspects of history, and at the same time to recognize the interpretation of PALKETTOSTAGE in a modern key, of the nineteenth-century work. The vivid scenography, the surprising video content and the contemporary costumes give the show great vitality, almost in a comic frame. The scenes will be animated, lively, and full of colour, as if to evoke a fantastic legend. The tension is bound to melt in a happy ending that, with the newfound peace of the unfortunate Phantom, re-establishes serenity in Canterville Chase. 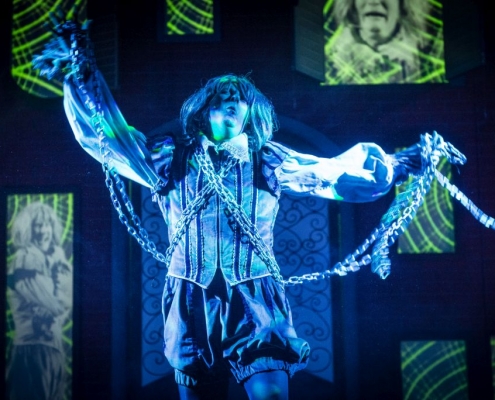 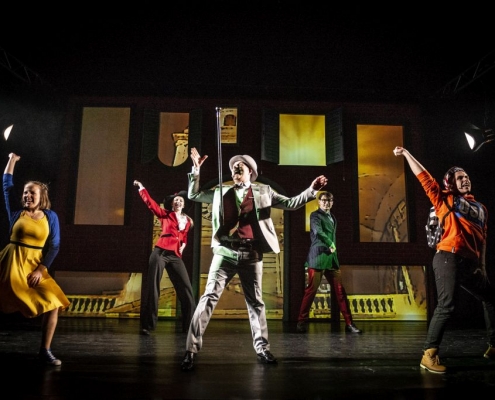 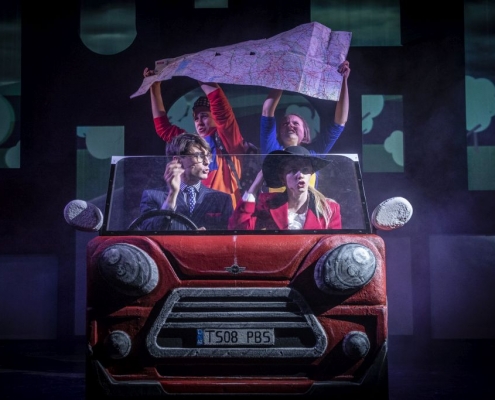 LA ZAPATERA PRODIGIOSA
Scroll to top
We use cookies on our website to give you the most relevant experience by remembering your preferences and repeat visits. By clicking “Accept All”, you consent to the use of ALL the cookies. However, you may visit "Cookie Settings" to provide a controlled consent.
Cookie SettingsAccept All
Manage consent