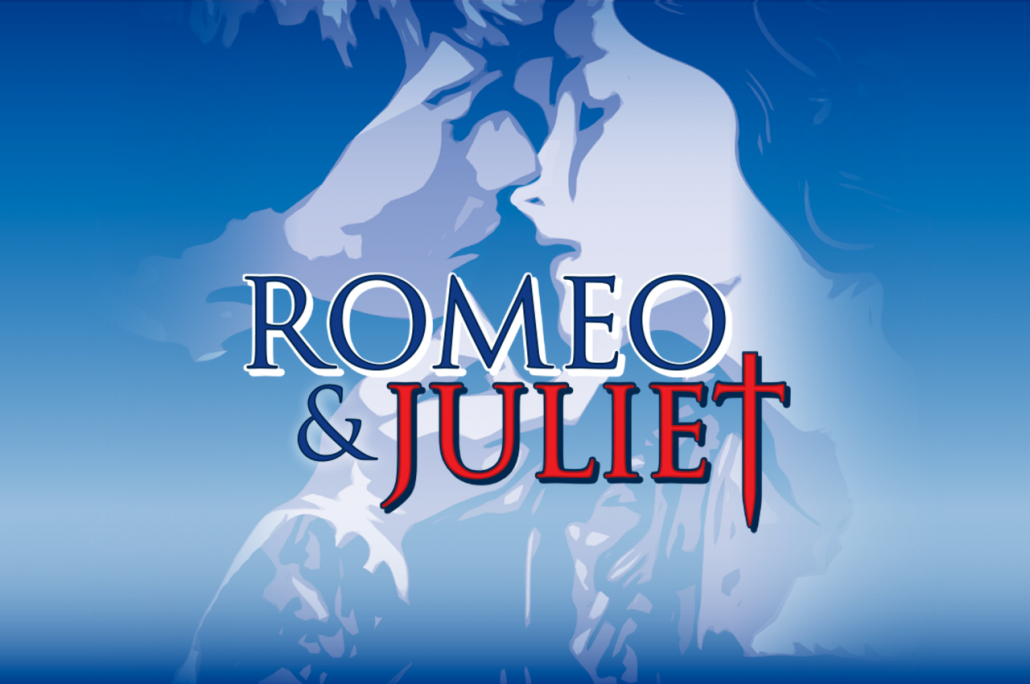 literary adaptation of the opera in original language by William Shakespeare

William Shakespeare is the symbol of the Elizabethan theatre, the era in which the modern theatre took shape: he tried all kinds of theatrical genres in vogue and completely transformed them, creating characters that are now impressed in our imagination… Born in Stratford-upon-Avon in 1564 from a rich merchant, Shakespeare certainly received regular education, probably at the Grammar School of Stratford, at least until the financial collapse of the family. At 18, he married Anne Hathaway, and they had three children. The following years, of which there is no certain information, were those of the beginning of his theatrical activity and of the transfer to London, where in 1592 he was already famous. In 1593 he participated in the founding of the company of Lord Chamberlain’s Men. Between 1599 and 1608, now in the mature phase of his production, he composed the so-called tragicomedies (The Merchant of Venice, Measure for Measure, and All’s Well That Ends Well) and his great tragic masterpieces (Romeo and Juliet, Hamlet, Othello, King Lear, Macbeth). In 1603, King James took the company under his direct protection under the name “The King’s Men”. Shakespeare was a major shareholder but, as a result of his success, he was no longer a mere performer. Between 1608 and 1613 there was the last phase of his production, with works full of mystery and melancholy (Cymbeline, The Winter’s Tale and The Tempest). In 1611, already rich, he retired to Stratford and two years later he stopped writing. He died in 1616.

Two ancient families, Montecchi and Capuleti, are divided by a centuries-old feud that brought discord and grief to the city of Verona. The prince has just threatened to condemn the heads of families to death if they do not stop all the confrontations. The heir of the Montecchi, Romeo, falls in love with Juliet, the only daughter of the Capulets and betrothed to Count Paryd. In one of the most famous scenes of the literature of all time, at night, at the balcony of the girl’s room, the two exchange promises of love and marriage. But the day after Romeo is involved in a new confrontation with the Capulets, and although he wants to avoid any hostility, he sees his friend Mercutio die and avenge him, killing Tybalt, Juliet’s cousin. Forced into exile, Romeo takes refuge with Fra Lorenzo and is joined by his beloved. With the complicity of Juliet’s nurse and the support of the friar, the two lovers can get married and spend a night of love, before the escape of Romeo. That same day the Capulets decide to hasten the marriage between Juliet and Paris and she returns to ask the friar for help, he offers her a potion able of procuring an apparent state of death, to allow her to avoid the marriage and escape with Romeo. Juliet is thus believed dead and placed in the family tomb of the Capulets. But lovers are really, as the prologue says, born from “fatal loins under an evil star” and Romeo, instead of receiving the instructions of Fra Lorenzo, got the news of the death of Juliet. The epilogue, obviously tragic, leads at least to the end of the feud between the two families. A grey peace thus falls on Verona.

What do we expect from the stage of the most romantic and tragic theatrical work in the world? The wonderful style of Nino Rota with “A time for us” will accompany us and the angelic dress of Juliet will enchant us at her meeting with Romeo; We will witness the famous declaration of love at Capulets’ balcony … This musical directed by Paul Leno (Hamlet, Midsummer Night’s Dream) will highlight in its form every content of the original work of Shakespeare, creating a particular contrast between the most sentimental and lyrical moments and the pressing rhythm of the drums. Great will be the tension even in the most comical and funny moments. The different costumes will suggest the contrast between the dimesion of Romeo and Juliet, who will wear light clothes, and that of the other characters, with a stronger and harder character. The high walls of Verona covered in metal reflect the light and the rebellious mood of the city, immersed in the conflict. Only the power of love can overcome the high gates. Romeo and Juliet will be forced to see each other in dim light, illuminated by the windows of friar Lorenzo’s church, by the light of the moon or that of the candles. Only at the end, the two young lovers will succeed bringing peace between the two conflicting families. And only then, the city will be invaded by a dazzling light and “Hallelujah will be torn from the lips”… 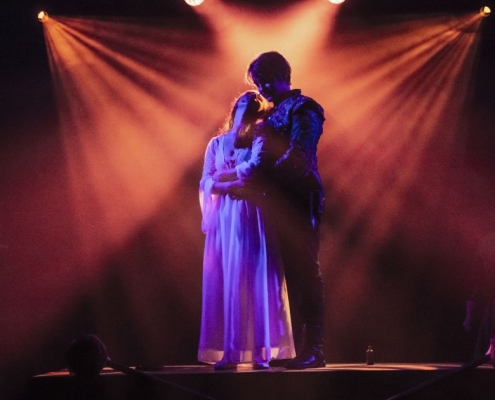 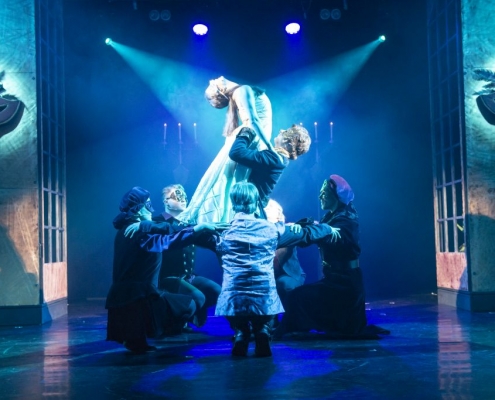 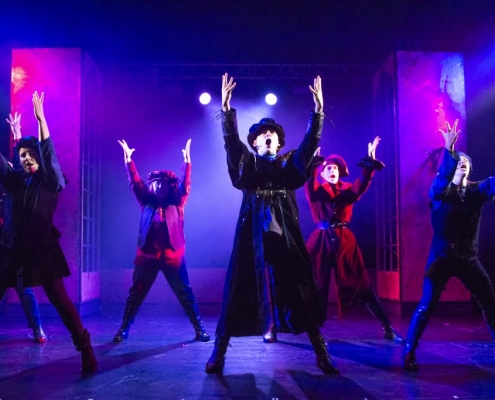 THE CANTERVILLE GHOST
Scroll to top
We use cookies on our website to give you the most relevant experience by remembering your preferences and repeat visits. By clicking “Accept All”, you consent to the use of ALL the cookies. However, you may visit "Cookie Settings" to provide a controlled consent.
Cookie SettingsAccept All
Manage consent