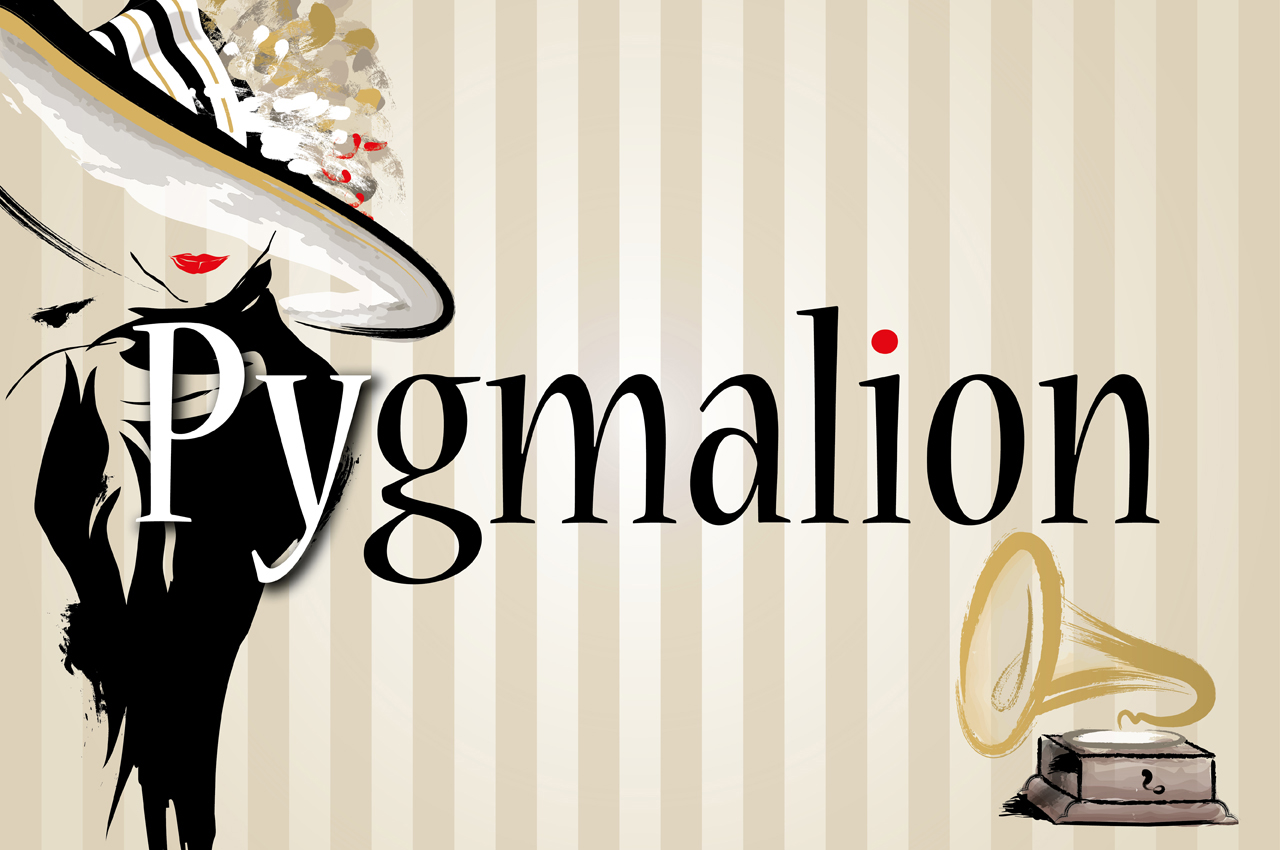 George Bernard Shaw was born in Dublin on 26th July, 1856. In 1876 he moved to London where, after a few years, he started his career as a critic writer of literary and music and, later, as a playwright. In 1884, he joined the socialist movement and dedicated much of his time to the writing of pamphlets in order to spread its thoughts. In 1892, he started writing again for theatre. His first pièces were highly influenced by his political views and his ambitions of social reform. Inspired by the works of Ibsen, Shaw found in the theatre the most effective means to tackle the ethical issues of his time. In 1898, he married an Irish  woman, Charlotte Payne-Townshend, who provided him with financial security so he could dedicate himself only to theatrical writing. During his life, he wrote more than sixty dramas, of which some attained great success. The first uncontested London triumph was Man and Superman that was performed on stage in 1905. In 1912, he wrote Pygmalion that, in the future, would become a world famous musical (1956) and a movie (1964). In 1925, he received the Nobel prize for literature. An expert in arranging dialogues full of verve, he never lost interest in politic debate or in reformist inspiration. In 1943, Shaw became a  widower and, from then on, lived a very lonely life. He continued to write until he was in his nineties. He died in Ayot St. Lawrence on 2nd November, 1950.

A young flower girl, Eliza Doolittle, whose main characteristics are her lively personality and an impossible dialectal accent that makes her way of talking unintelligible outside of London, becomes the object of a bet between the professor of phonetics, Henry Higgins, and colonel Pickering, an enthusiastic linguist. In fact, Higgins affirms he can change the young girl and make everybody believe she is a duchess, simply by improving her pronunciation and manners. And so, Eliza moves into the professor’s house and starts a course of intensive training. However, her mentor did not expect the strong personality of the student and her refusal to be  modelled as his Pygmalion. Finally, obtaining her transformation and the consequent social success, through fights, conflicts, and hard work on her part, Eliza realises that she has feelings for professor Higgins who, instead, doesn’t reciprocate… leaving the young woman to decide what, and who, to choose for her future.

A work of great success, presented in a humorous way: the director John O’Connor (Pride and Prejudice, The Importance of Being Earnest, Waiting for Godot, The Picture of Dorian Gray) enhances the match between the pleasantness of the comedy and the seriousness of the social context. The staging is set between the end of the 1940s and the beginning of the 1950s, period where it was still possible to state somebody’s social class based on their clothes and accent, as in the Edwardian era. The director aimed to emphasise this labelling: it is fascinating for the audience to see the evolution of Eliza and her clothes simultaneously with her transformation. The music has the important role of evoking a world in which the protagonist moves: a combination of jazz  and classical music, with a suggestive waltz that predominates in the ball scene and that becomes a light but constant background linking dances and dialogues for a wonderful overall effect. The lighting helps to create an atmospheres of joy, conflict, jealousy, threat and love, and compliments the scenery to define better the different places and moments of the day, thus highlighting the impressive elegance of the fixed columns that make up the set and the agility of the moving parts that complete and adorn the set and the surroundings. The acting style is faithful to the intentions of the author: mostly comic, with stronger moments from which emerge the real characters’ state of mind. Students may use their intellect to think about the message launched by Shaw. 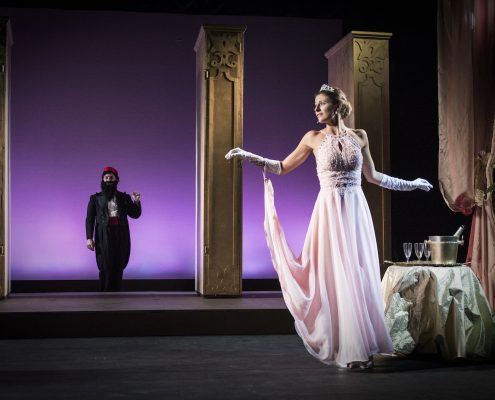 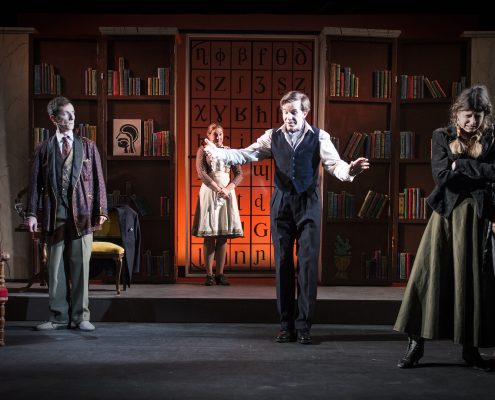 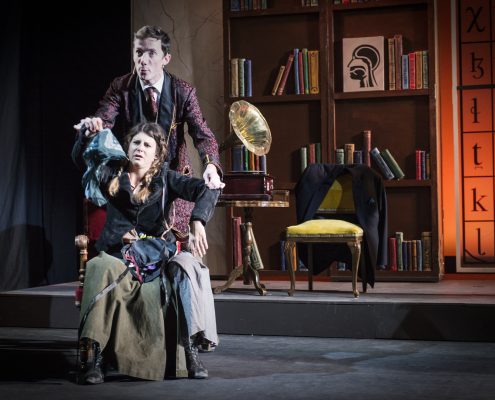 LA ZAPATERA PRODIGIOSA GALLERY
Scroll to top
We use cookies on our website to give you the most relevant experience by remembering your preferences and repeat visits. By clicking “Accept All”, you consent to the use of ALL the cookies. However, you may visit "Cookie Settings" to provide a controlled consent.
Cookie SettingsAccept All
Manage consent