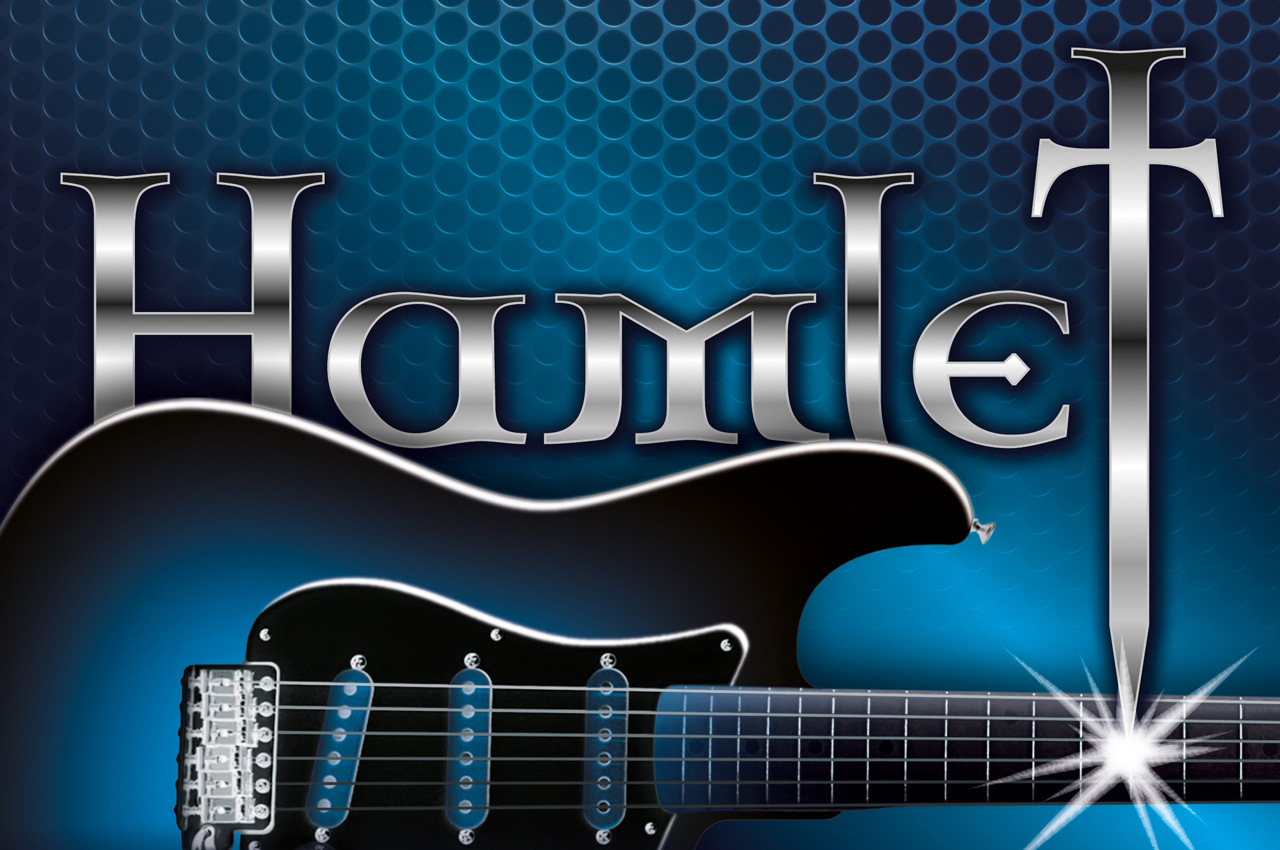 William Shakespeare, also known as the “Bard” or the “Swan of Avon”, was probably the greatest poet and playwright of all times and is the symbol of occidental theatre. He was born on 23rd April. in Stratford-upon-Avon, in 1564, son of the daughter of a rich farmer and a wealthy merchant of hides and gloves, who was also the mayor of the small town. In 1582, when he was 18, he married Anne Hathaway, by whom he had three children in two years. There followed a period that historians define as  the “lost years”, where the young Shakespeare disappeared without trace. It seems plausible, however, that he arrived in London with one of the many theatrical companies that visited Stratford every year In 1592, he was a well-known playwright in London. In 1594, Shakespeare contributed to the founding of the company “The Lord Chamberlain’s Men”, after three years of plague and the consequent closure of all the theatres. From 1597, his plays were performed everywhere and were well-appreciated at court: in 1603, with the coronation of James I, his company became the holder of the title “The King’s Men”. In 1611, a rich man by that time, he returned to Stratford where he stopped writing. He died there, three years later, on 23rd April, the same day as his birth, in 1616.

(the chronology of the plays is still the subject of controversy)

Hamlet, a young prince and heir to the throne of Denmark, has to confront the death of his father, the king, and the unexpected marriage of his mother, the queen, with Claudius, the brother of the dead king. The anger of a grieved teenager is one of the greatest tragedies of all time, and is transformed by the ghost of the king, his father, who appears to Hamlet revealing to him that he was poisoned by his brother, the one who now occupies his throne and his marriage bed. The ghost seeks revenge. Hamlet would like to act, but he hesitates. His heart is full of doubts: how can he trust the words of a nocturnal apparition? In search of proof for Claudius’ guilt, he pretends to be crazy and, with the help of some actors he builds a trap for the new king’s conscience. Claudius’ reaction in front of the staging of his murder is enough evidence for the young prince. However, when he finally takes action, it is revealed in all its tragic inefficacy: each sword blade hits a different target to which it was  supposed to hit, and the same happens with the wine goblets, each one of them ending in the wrong hands, in an endless slaughter where the innocent do not have a better destiny than those who are guilty. Denmark ‘s royal court, buried in silence, now waits for the invader Fortinbras. Horatio, a loyal friend and witness, is the only survivor able to break this silence and to tell, for posterity, Hamlet’s story.

With the new production of this musical, Hamlet, the director Edward Johnson (Peter Pan, The Wizard of Oz) remains true to the contexts and the characters of the Shakespearean tragedy while presenting them in a contemporary context, where there predominates an aesthetic that refers to the gothic style, a dark and refined tone. Light and video effects are cleverly projected and realised with technology of the latest generation in order to enhance the emotions felt by the protagonists: the strong visual impact helps the audience to understand better the intensity of the drama. The director aims to make the audience feel a part of the show, thanks to some scenes that are acted in the stalls and to several rock music tracks performed live by the six young actors (Madness, Frozen, Sunday Bloody Sunday, What I’ve done, Paint it Black, etc.). Costumes, accessories and jewels reflect the contemporary approach of this adaptation while at the same time identify the social role of the characters in the Kingdom of Denmark: fur coats, silks, crowns and diamonds are signs of the wealth of the old, while leather, jeans, sneakers and studs characterise the young. The set design defines the different spaces of Elsinore castle: majestic, threatening and refined, all at the same time. The choreographies are simple and energetic with a mix of synchronised and balanced styles, actions and movements that amplify the story and assure maximum involvement of the audience. 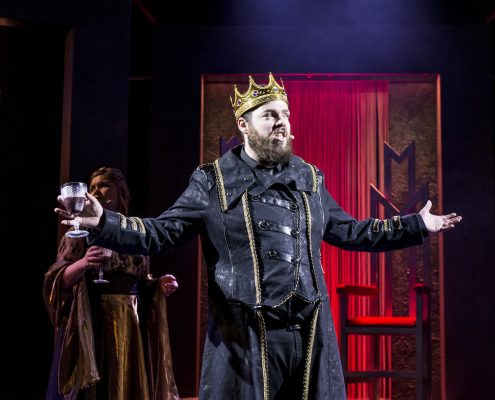 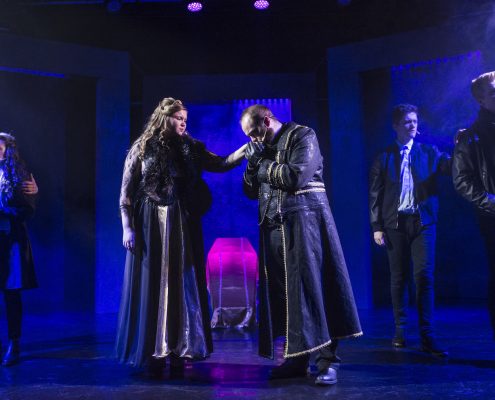 ALICE IN WONDERLAND The Musical

PYGMALION The Play
Scroll to top
We use cookies on our website to give you the most relevant experience by remembering your preferences and repeat visits. By clicking “Accept All”, you consent to the use of ALL the cookies. However, you may visit "Cookie Settings" to provide a controlled consent.
Cookie SettingsAccept All
Manage consent