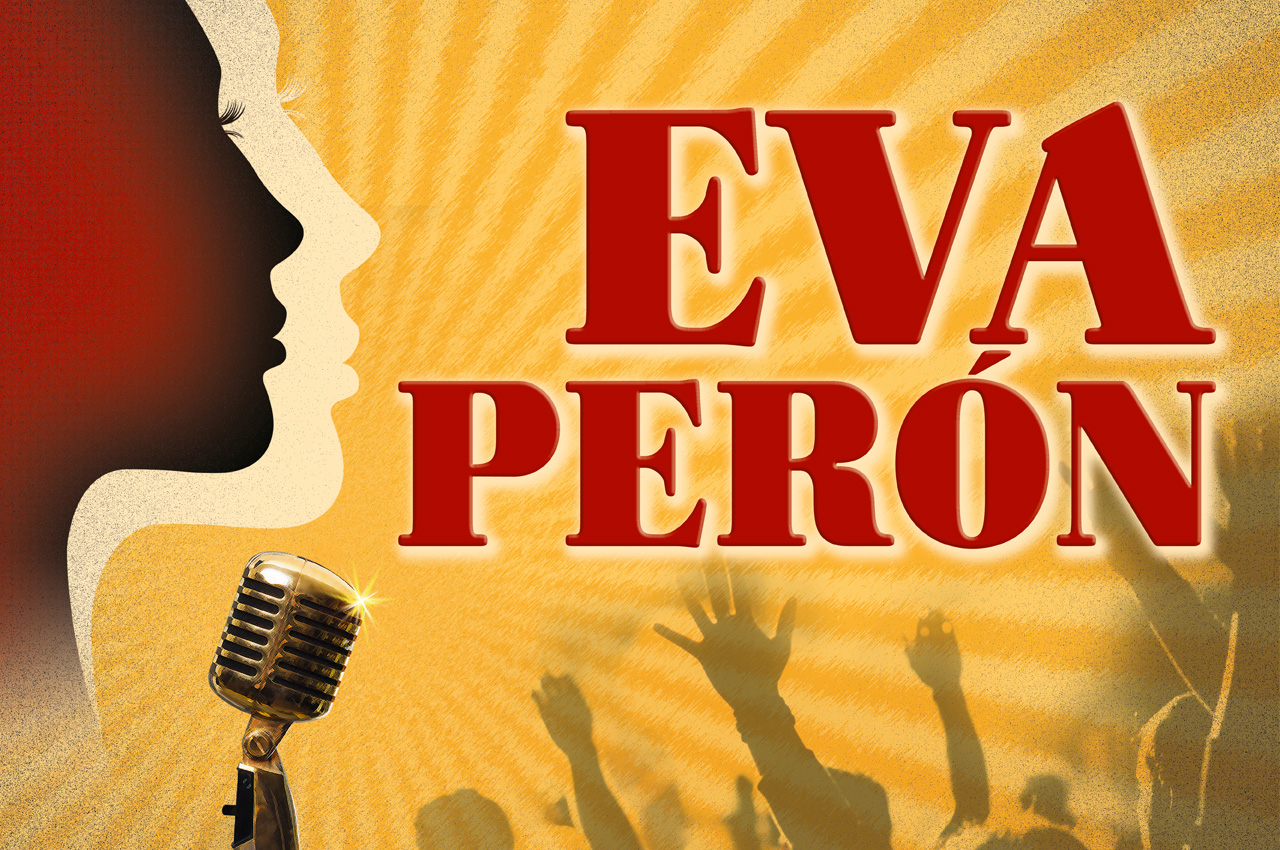 Born from an idea of Tim Rice, co-creator of the scandalous Jesus Christ Superstar, the musical Evita was first presented in 1976 as a music album and was adapted for stage only at a later date. Tim Rice wrote the libretto taking inspiration from the biography The Woman with the Whip, wrote by Mary Main in 1952, pretty much hostile to the figure of Eva Perón. Andrew Lloyd Webber composed the music and the American director Harold Prince directed the first staging for the London West End. Evita had its debut at the Prince Edward Theatre on June 21st 1978 and continued with 2900 encore performances in a row. An original production debuted on Broadway on 25th September the following year and in 1980 it won 7 Tony Awards among which were those of best musical, best soundtrack, best libretto and best direction. The most famous track, “Don’t cry for me Argentina”, reached the top of the music charts in 1977 and can boast one million copies sold.

The musical Evita tells the life of Eva Duarte de Perón and her unstoppable social rise, from aspiring actress of humble origins (illegitimate daughter of a poor farmer, growing up in poverty) to first lady of Argentina. The songs set the highlights of Eva’s history: her abandoning of the provinces and her arrival in Buenos Aires with a famous tango singer(Eva, Beware of the City), the unscrupulous management of her career (Goodnight and Thank You), the meeting with the colonel Perón, and the beginning of their political and sentimental relationship (I’d Be Surprisingly Good for You) until Perón’s decision to be a candidate for the presidency (A New Argentina). The second act follows the political and human events that leads Eva to become “Evita”, the bridge between Perón and his people (Don’t Cry for Me, Argentina, Rainbow Tour), the “Lady of Hope”, venerated by an entire nation. Eva concentrates on herself; a personal power that reveals contradictions and ambiguity in parallel with the increasing of richness and popularity. Despite her overwhelming rise, fate will prevent her crowning the dream of becoming vice president: she died at 33 soon after discovering that she was seriously ill. However, her fame survives, making her a myth and one of the most famous icons of the Twentieth Century.

“Our lives are rivers that flow in the sea…”

Jorge Manrique said these words with the arrival of Reinassance in Spain (15th century). The director José Luis Matienzo (Don Quijote y Dulcinea, Don Gil de las Calzas Verdes, Don Juan Tenorio, Los Locos de Valencia) endorses these words and, in this staging, focuses attention on the ability of a girl to fight for changing the flow of her own river (her own life) and make it flow into a different sea from the one that destiny had predicted for her.  All this in a society where poverty and submission restrict the social and personal development of women. The audience is left with the freedom to judge the ethics of the means used by Eva to create a “new groove” accessible by “young waters” in search of a fairer, more social and more human future. Since this is a musical inspired by historical characters and events, the costumes are true to the style of the 30s  and 40s and, most of all, they reflect Eva’s path and  her social rise: from the simplicity of the clothes of a young girl to the lavish costumes of first lady and, finally, the sober elegancy of rigorous dresses. Simultaneously, male costumes follow the fashion of the period and identify the social status of the characters and their role or profession. The entire musical is full with the culture of tango, hailing from the seediest parts of Argentinian metropolis, thanks to the character of the famous singer Magaldi and the different songs performed live that underline the most important passages of the story, such as La Muchacha del Circo, Canción de Buenos Aires, Cóntame una Historia, and Santa Maria (del Buen Ayre). To enhance the actors’ interpretation, that in this production is particularly strong and realistic, the set design is essential and trenchant: the different locations are characterised by objects and moving elements that refer to the historical context, while video projections and archive film footage enrich it, thus making the show suggestive and engaging. 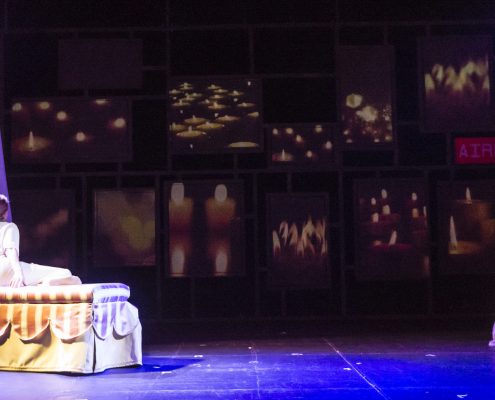 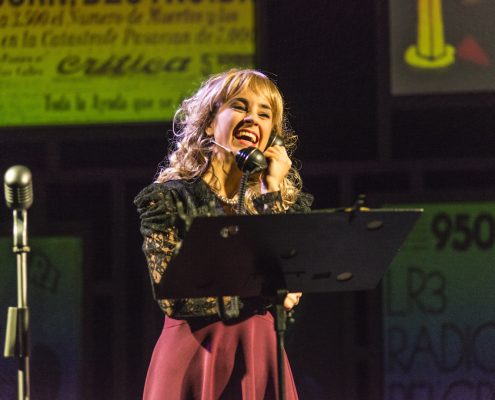 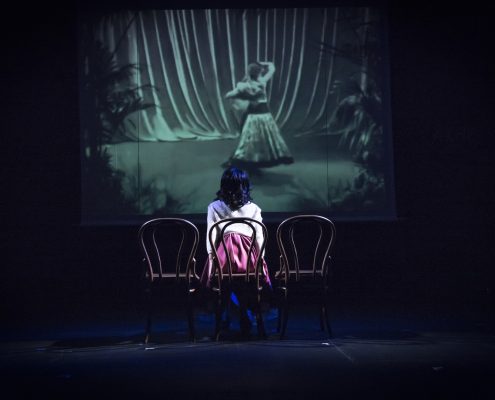 ARSENE LUPIN Comédie Musicale
Scroll to top
We use cookies on our website to give you the most relevant experience by remembering your preferences and repeat visits. By clicking “Accept All”, you consent to the use of ALL the cookies. However, you may visit "Cookie Settings" to provide a controlled consent.
Cookie SettingsAccept All
Manage consent