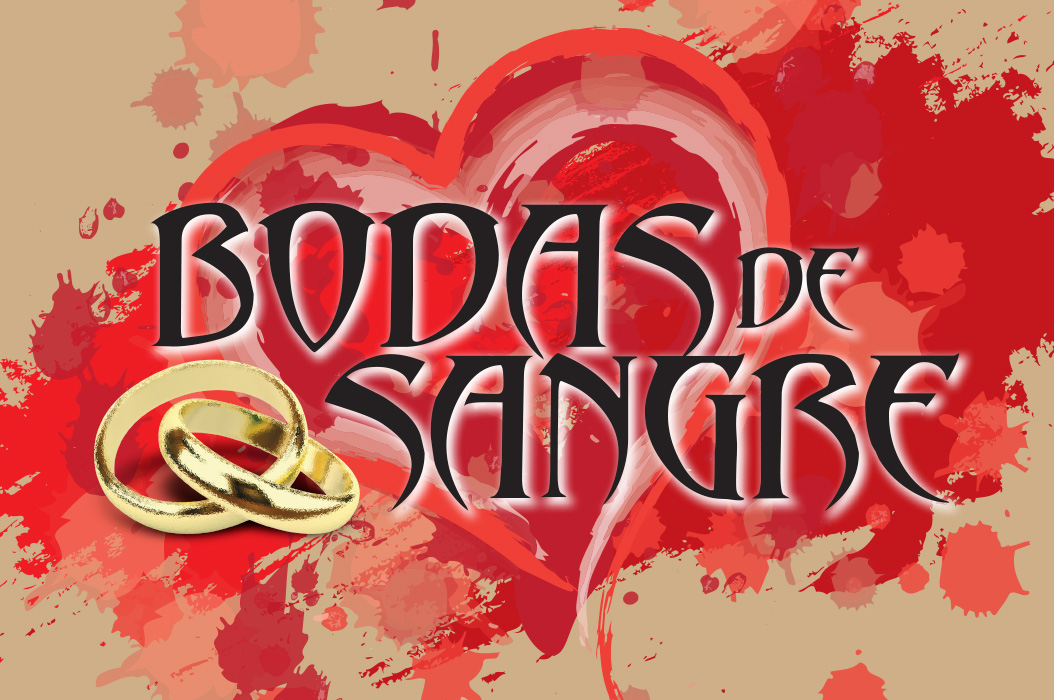 Federico García Lorca was born in Fuente Vaqueros (Granada) on the 5th of June , 1898. He studied literature and law sciences, but he was more interested in music, painting and poetry. In 1919, he moved to Madrid, where he spent time with intellectuals and artists including the philosopher Ortega y Gasset, the director Luis Buñuel, the painter Salvador Dalí, the poets Jorge Guillén, Rafael Alberti, and José Moreno Villa. He became part of the so-called “Generation of 1927”, the literary movement that renewed Spanish literature. Lorca became successful as a poet thanks to the collections of poems Canciones (1927) and Romancero Gitano (1928). In 1929, though, he suffered with severe depression due to conflicts connected with his homosexuality and, in 1930, he left for the United States. In the following years he worked a lot: he spent 5 years traveling all around Spain bringing to towns and villages the great works of classic and popular theatre. In 1936, he took part in the foundation of the association of the anti-fascist intellectuals and completed the writing of La Casa de Bernarda Alba, a work that he would never see on stage: when the Civil War came along, he was arrested and on the 19th of August, 1936, he was secretly shot, without trial, by Franco’s Civil Guard.

Bodas de Sangre is the rewriting, as a tragedy of a bloody news story happened a few years before in Andalusía. While the wedding between a bride and groom is being prepared, from a conversation between the groom’s mother and a neighbour we learn that, in the past, the bride had loved another man, Leonardo. The former boyfriend, who is now married to another woman, belongs to a family that, many years ago, killed the groom’s father and older brother. Time goes by quickly and the old passion returns once more. Leonardo appears by night under the bride’s balcony and, on the very day of her wedding, he carries her away on his horse, closely followed by the groom. Allegorical characters such as the moon and death appear to tell of the bloody ending, mentioned in the title. But what engages us deeply and does not abandon us anymore, are the words of Leonardo (“You believe that time fixes and that walls protect: it is not true! It is not true!”) and of the bride (“Your son was my aim, and I have not deceived him; but the other’s arm dragged me as a wave of the sea…”).

The passionate love, powerful and invincible, is the main topic of this musical adaptation of Bodas de Sangre by Federico García Lorca, enriched by a prologue that anticipates the conflict of the main character and makes clear from the beginning the presence of some strongly symbolic characters. With this performance, the Sevillan director Marta González (La Zapatera Prodigiosa, El Perro del Hortelano, Don Juan Tenorio) aims at offering Italian students of Spanish language an overview of ancient Andalusía. The set, also inspired by Andalusian villages, defines the different places in a sober and refined way, framing the characters’ actions. Lighting effects, wisely studied, give to each place and scenic sequence the correct atmosphere, while the main scenes of the show are reinforced by emotionally involving dance routines, single and choral, realised in a contemporary style that is recognisable by the young audience. Careful attention is given to the costumes: designed according to an out-of-time style in order to identify the characters upon their first entrance on stage. The intensity and passion of Lorca’s drama are balanced by music pieces carefully chosen from the author’s original proposals and others, more modern and dynamic, that help to maintain the correct tension for the full duration of the show. 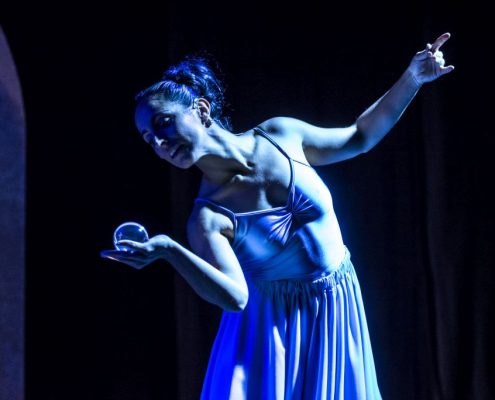 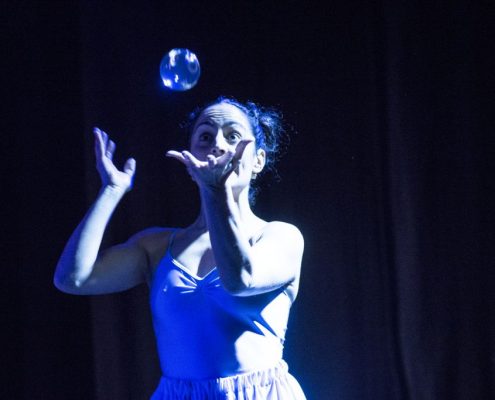 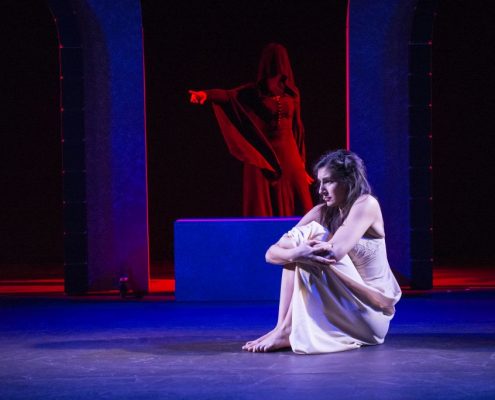 L’AMOUR MEDECIN
Scroll to top
We use cookies on our website to give you the most relevant experience by remembering your preferences and repeat visits. By clicking “Accept All”, you consent to the use of ALL the cookies. However, you may visit "Cookie Settings" to provide a controlled consent.
Cookie SettingsAccept All
Manage consent